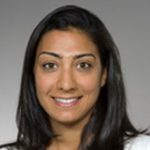 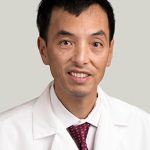 Intraoperative neurophysiologic monitoring (IONM) is frequently used to detect nerve damage during surgery and has become common during neurosurgical procedures that carry a risk of intraoperative nerve damage1. IONM allows real-time detection of compromised nerve function due to surgical intervention and gives the surgeon an opportunity to address possible causes and avoid permanent injury. IONM involves both motor and sensory pathway monitoring. Motor pathway monitoring is performed using transcranial stimulation with up to 700 volts and 1amp currents and detection of evoked potentials in peripheral nerve distributions. Sensory pathway monitoring is conducted in reverse, with median or posterior tibial nerve stimulation at considerably lower (milliamp) levels and detection of evoked signals via cranial electrodes.

A 55-year-old 103 kg female with metastatic ovarian cancer and past medical history of hypertension, gastroesophageal reflux, and obesity with a BMI of 35.5 presented for craniotomy and resection of a frontal lobe metastatic lesion. The procedure included the planned use of somatosensory evoked potential monitoring (SSEPs) per the surgeon’s request. Her preoperative cardiac history was unremarkable, and her electrocardiogram (ECG) (Figure 1) demonstrated sinus bradycardia with poor lateral R wave progression. The patient was induced with 0.97mg/kg of 2% lidocaine, 1.9mg/kg of propofol in divided doses, 1.2mcg/kg of fentanyl, and 0.48mg/kg of rocuronium. Oral endotracheal tube insertion, arterial line placement, subdermal needle electrode placement for IONM, and supine positioning with the use of a Mayfield headrest with 3 prong skull clamp were all uncomplicated. During this period general anesthesia was maintained with sevoflurane at 1.5-2 % Remifentanil and propofol infusions were used to control the hemodynamic response to Mayfield pinning. After positioning her vital signs included: heart rate =76, blood pressure = 100/60, arterial oxygen saturation = 100% by pulse oximetry, and end-tidal carbon dioxide (ETCO2) = 35 mmHg. As per our usual practice, the remifentanil infusion was stopped after the Mayfield pin placement was complete, with the intention to start just prior to the surgical incision.

Subdermal stimulation needle electrodes were then positioned along both the left and right median nerves. Approximately seventy minutes after induction, 30 minutes after the remifentanil was stopped, and prior to surgical incision, the neurophysiologist began testing the electrodes to determine baseline SSEP thresholds. Within 30 seconds after initiating stimulation at 50 milliamps through both electrodes, the patient developed sinus bradycardia with a rate in the 30s. Blood pressure remained stable at 90/48. The patient was given glycopyrrolate 0.4mg intravenously and initially responded with a transient increase in heart rate to 73 before becoming increasingly more bradycardic and progressing to asystole with non-pulsatile blood pressure and mean arterial pressure = 30mmHg measurable through an invasive arterial monitor (Figure 2). At this time, chest compressions were immediately initiated with the patient still in the Mayfield clamp. SSEP stimulation was discontinued, and her heart rate, blood pressure, and ETCO2 returned to normal after 15 seconds of chest compressions. Due to the patient’s rapid return of spontaneous circulation, her Mayfield clamp was not removed. Upon review, no changes in positioning had occurred, and no additional medications had been given to trigger the arrhythmia. We then re-stimulated the patient with the same SSEP current, and the patient again developed sinus bradycardia with a heart rate as low as 30. Her rhythm again returned to normal upon discontinuing SSEP stimulation. The inciting event thus appeared to be stimulation from SSEP testing.

After repeating SSEP testing twice more with the same bradycardic response, the surgeon, neurologist, and anesthesiologist jointly decided to cease the use of neurophysiologic monitoring. In addition, the surgeon, anesthesiologist, and neurologist all agreed that due to the clear etiology of the bradycardia, the symptomatic nature of the patient’s tumor, and the need to start radiation therapy after surgery that, we would continue with the case without SSEP monitoring. The case proceeded uneventfully, and the patient was extubated and transferred to the ICU. She was transferred to the floor on postoperative day 3 and discharged to home on a postoperative day 6. During her ICU stay, a cardiology consult concluded that the event was most likely a vasovagal episode, possibly due to vagal stimulation during the SSEP process. They deemed the event unlikely to occur without SSEP stimulation.

Some differences to keep in mind, SSEPs vs MEPs:

Although no existing reports have described the severe bradycardia, we observed with SSEP monitoring heart block and bradycardic events after motor evoked potential monitoring have been reported. One 2003 report identified an acute bradycardic episode after intraoperative motor evoked potential monitoring that normalized after neuromonitoring was stopped2. Another 2014 case report described the progression from left anterior fascicular block to full third-degree heart block3.   Our report differs in that our patient was undergoing SSEP, not MEP monitoring.

Although the mechanism underlying the event we observed is unclear, one possibility is that SSEP monitoring triggered a vagally mediated response that depressed her sinoatrial node. While the stimulation induced by SSEP monitoring is extremely low and the patient was anesthetized, case reports of bradycardia with lidocaine infiltration under general anesthesia suggest that vasovagal responses may occur under such conditions.4

Conclusion and Considerations for Intraoperative Management

Although bradyarrhythmia has been observed previously during motor-evoked potential monitoring, our report suggests that bradycardia may also occur during somatosensory monitoring. To avoid this complication, performing test stimulations at the settings planned during actual monitoring may help identify at-risk patients. IONM that results in acute bradycardia should facilitate a timely intervention by the anesthesia team, raising the question of whether IONM should be aborted or the surgery postponed for further cardiac workup. In addition, before any use of IONM, the perioperative team should discuss what monitoring will be used and the reason for doing so. 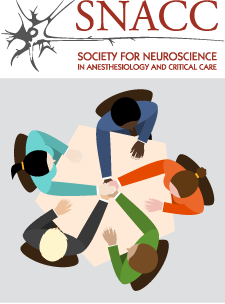